Drexel Waters was having sex with her from behind. The Ecstasy pill kicked in as he came, and it was Heaven. The most intense orgasm of all time. And all this despite not being able to see her, not even a shape. (The closet light didn’t work.) But there was something extra sensual about this, sex without sight, only the feel of her hips, the slightness of her waist, her pleased whimpering. Over a year ago they’d been in a photoshoot together, a BodyQuake cologne ad. She’d sat topless in his lap with her nipples blocked from view by her own strategically placed arm. In the picture, she pressed her nose bridge against his temple, an off-camera, blue light giving their torsos millions of glimmering, blue sweat beads. They were now at a New Year’s Eve street party, three blocks cordoned off with barricades. People packed the lobbies of two neighboring The Most Beautiful Insanity / Wilde / 3 hotels the colors of cake frosting. More people overflowed between them. When he’d first seen her from across the lobby, he hadn’t recognized her, only knew that she looked familiar. She’d dyed her hair blond, cut it some. Drexel approached her, though not until Ophelia, his girlfriend, spotted a distant knot of friends and squealed over to them. There was the question of familiarity, then recognition and surprise, then—a utility closet in the lobby. He couldn’t recount the exact steps other than that. He no longer even noticed how he got himself into these situations anymore: sex in bathrooms, sex behind bushes, sex in parks, sex on the beach ….. 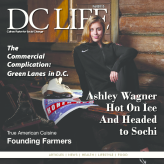 Author Eugene Smith is the creative director of several online publications and a cultural-diversity author. He designs media and branding strategies to make an impact on the global community. Eugene uses his diverse background and upbringing to showcase cultural diversity through art, cuisine, music, and fashion with a passion for people and life.

0
Eugene Smith
No Comments Yet

Christian Author Who Focuses on Good and Evil

INTRODUCING STANLEY G. BUFORD AND HIS NEW BOOK: THANKS DAD